A rollover is when a vehicle rolls or tips over to its side or top and may incorporate more than one roll. Rollovers have the highest percentage of fatalities related per event than other accidents. Surprisingly rollovers are divided into two categories; tripped and untripped. Hitting a curb or collision from another vehicle, tripped rollovers are caused by external forces on the vehicle in question, tripped rollovers cover 95% of rollover events. In comparison the destabilization of a vehicle taking a turn with excessive speed and acted upon by the centripetal forces constitutes an untripped rollover. Many untripped events involve top heavy vehicles. Speedway Towing & Roadside Assistance explores why rollovers occur and how to avoid them.

What Causes a Car or Truck to Roll Over?

Unless fitted with an integral roll cage most vehicles are ill equipped to survive a rollover, let alone protect the occupants of the vehicle. The supporting columns for the roof are incapable of resisting collapse considering kinetic forces and the mass of the vehicle. Road conditions and railing may contribute to rollovers. Older down turned side rails were found to contribute to the rollover of light trucks and slopes steeper than 33% are termed “critical slopes” causing most vehicles to overturn.

Vehicles Most Likely to Roll Over

The higher the center of gravity, the more prone to rollover a vehicle may become. Short wheelbase like on some SUV’s are quick handling and a sudden turn to avoid an obstacle resulting in over compensation will cause many of these vehicles to experience a rollover. Many of these have long travel, raised suspensions that raise the center of gravity. Vans also have a high center of gravity and are prone to wind influences because of the slab like side profiles providing a large area to be acted upon by moving wind currents. Military vehicles have a wider track width than civilian vehicles providing a inherited resistance to rollovers. Sliding sideways striking a curb or causing the outer wheels to dig into soft earth contribute to about 71% of tripped rollovers.

How to Prevent Car or Truck Rollovers

Knowing the characteristics of your vehicle can go a long way in improving safe handling. Heavy duty suspension in full size passenger vans increase the rollover tendency and adding a load to the roof rails further extends the center of gravity upward destabilizing the handling characteristics of the vehicle. Caution is key when operating short wheel based, raised off road SUV’s and pickups. High might be “rad” but it is dangerous. Speed on turns translates into high centripetal forces contributing to the rollover potential. Sharper the turn or faster the speed results in higher the centripetal forces acting on the vehicle. The forces of mass in motions can be convoluted to say the least. Sir Isaac Newton developed early calculus to deal with the mathematical description of objects in motion and the forces acting upon them. After all the handling characteristics are potential litigation targets, look at what happened to the Chevy Corvair. It was pulled from the market by governmental pressure because of perceived handling problems.

Car and light truck construction bodies depend on folds and creases to build in strength. Roof supports are adequate for normal road conditions but are found wanting in rollover situations. Because of this add-on roll bars and cages are installed in competition vehicles. Most jeeps have roll bars installed at the factory. Drag racing, road racing and cross country off-road machines all incorporate roll bars. Many require a five point harness and elbow straps to keep the arms from flailing outside of the driver/passenger compartment, but still allow driving control of the vehicle. The reasoning is that these machines have a high rollover potential due to the forces encountered during operation and the latent probability of an accident. Know your vehicles characteristics and “Drive Safe!” And whenever you need a tow or roadside assistance, call the experts at Speedway Towing & Roadside Assistance! 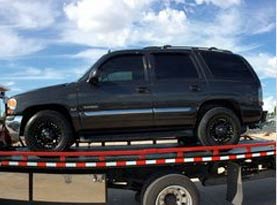 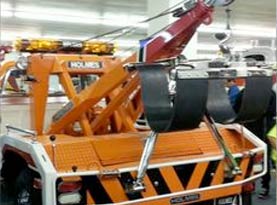 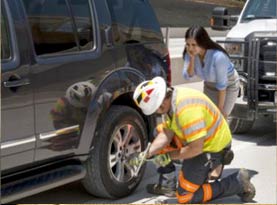 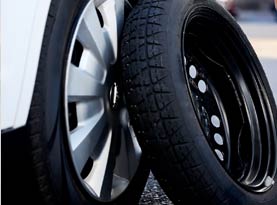